NDA (National Defense Academy) i.e. National Defense Academy is a combined army academy for the recruitment of three major armies of India, Army, Navy and Air Force etc. NDA exam is conducted by UPSC (Union Public Service Commission). It is a national level exam which is conducted twice a year. If you want to crack NDA exam 2021 then in this article I will tell you What is NDA And I am going to give complete information related to NDA exam.

If your dream is to join any one of the three defense services of India, then NDA is a great option for that. However for this you have to clear NDA exam. If you pass this exam then you will be qualified for the security of India. There you will be prepared in such a way that you will not even fear to die for the security of the country.

Complete information about what is NDA like NDA Full Form, Eligibility, Exam Pattern and Syllabus will help you in preparing and cracking NDA 2021 exam. 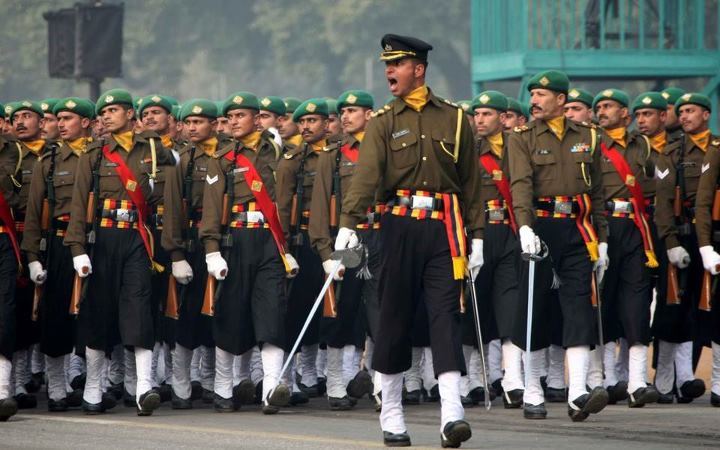 NDA (National Defense Academy), also known as National Defense Academy in Hindi, is a joint defense academy of the Armed Forces of India. To join NDA one has to appear for an exam which is conducted by UPSC twice a year. After passing the exam, students have to appear for the interview which is conducted by the SSB (Services Selection Board). The candidates who pass both these exams then they get admission in NDA. Where they are educated to deal with every situation. The headquarters of NDA Academy is located in Pune which provides training to the students of the Indian Armed Forces ie; Educates for the Indian Army, Navy and Air Force. It is the world’s first triangular academy.

Here we have talked about NDA Kya Hota Hai and NDA Ka Matlab, what is NDA Meaning in Hindi or NDA Full Form in Hindi.

What is the qualification for NDA exam

If you want to join NDA, then for this you have to fulfill some essential qualifications, only after which you can give NDA exam. What should be NDA Ke Liye Yogyata, you have been told in further detail about it.

Body Tattoos: Permanent tattoo is not acceptable on any part of the body. Tattoo exemption is allowed only to particular tribes who follow the existing customs and traditions. There is a separate team of a special authority to deal with such cases.

NDA is the gateway for any student to access the Indian security team. This academy is only for men. Any male student who wants to become an officer in Army, Navy or Airforce will have to take training from NDA itself.

After passing the 12th exam or even before giving the final exam of 12th, you can apply for the NDA exam and appear in the exam. To join NDA a candidate has to qualify the NDA exam conducted by the Union Public Service Commission (UPSC). NDA exam is conducted twice every year in the month of April and September at the national level.

After passing the exam, the candidate is called for an interview conducted by SSB like- Physical Fitness Test, Group Discussion, Personal Interview etc. After successfully passing the interview, the student is sent for training in Pune for three years.

After three years of training, students get one of the army, navy and air force as per their choice or seeing the performance of three years. After that the students who choose Army go to IMA (Indian Military Academy) Dehradun, Navy ones go to INA (Indian Naval Academy) Kerela and Air Force go to AFA (Air Force Academy) Hyderabad. Where they train for another year. After that one year he becomes a part of Indian Army. NDA exam pattern is determined by UPSC. NDA exam is conducted 2 times in a year in online mode. NDA exam is divided into two parts- written test and interview. The written exam will have two papers- Maths and General Ability Test (GAT).

The Mathematics paper will be of 300 marks while the General Aptitude Test (GAT) paper will be of 600 marks. Thus the complete paper of the written examination will be of total 900 marks. The question of Mathematics is of 12th level whereas the GAT paper will consist of questions related to English, General Knowledge and General Science. The NDA Exam Pattern and NDA Syllabus in Hindi are as follows:

After clearing the first stage of NDA 2021 exam, the candidate will have to appear for the interview, the details are as follows:

Some changes have been made in NDA Exam 2021 due to Corona epidemic. The first examination of the year which is held in April. Along with the second exam, the first exam can also be held. Which may be held in September.

We have given you the complete information about NDA Exam Syllabus further in this article, please read it carefully, which is as follows:-

In the National Defense Academy (NDA) Exam Syllabus, GAT (General Ability Test) i.e. talking about General Ability, there are two sections in it; There is Part-A and Part-B. Part-A is of English and Part-B is of General Knowledge.

In GAT paper, 200 marks questions are asked from Part-A (English) and 400 marks from Part-B (General Knowledge).

Candidates should focus on their physical fitness by following the routine given below:

Smart study plan is very important for better preparation. Smart study plan means to manage your time and NDA 2022 Syllabus efficiently, so as to score good marks in the exam.

Firstly, go through your entire syllabus carefully and mark the topics that require the most attention. Start preparing for the subjects from the basics, this will build your base and you will be able to solve high level questions.

To crack the NDA exam, you must have a good command of English. Your English is not only tested in the written test, but it can also leave a good impression on the selectors at the time of interview.

There is no limit to general knowledge, the more you study, the less it takes, so you have to focus only on those topics which are in your syllabus. To strengthen your GK, you can read Daily News Paper, Monthly Magazines etc.

It is very important to choose the right book for the preparation of NDA exam. You will find hundreds of books in the market, but it is important to know which book is right for you. This book can help you to score good marks in the exam.

6. Pay Attention to Your Health

The selection in NDA exam is not only based on written test but your fitness is also tested in it. It is advised to all the candidates to consume enough food and water. And keep yourself away from stress, for which you can do daily morning walk, exercise, exercise or meditation.

Timely revision is very important as this is the key to success. My advice to the candidates is to make short notes and practice them daily. This will help them to remember the data for a long time.

Question. 1: Is there any physical test for NDA?

answer. Yes, it is necessary for the candidates to be physically and medically fit as per the standards mentioned in the official notification.

Question. 2: What is the minimum educational qualification for NDA?

answer. To apply for NDA exam, the candidate must have passed 12th class with Science, Physics, Chemistry and Maths from any recognized school.

answer. Yes, as per the new rule female candidates can apply for NDA exam. However, before that he was not allowed to appear in the NDA exam.

Question. 4: Is it necessary to have Maths subject to apply for NDA exam?

answer. Those candidates who want to apply for NDA’s Air Force and Navy Exam, then its candidates will have to do their 12th class with Maths subject.

So friends, this was the complete information of NDA, in which you know all the important things like NDA Ka Matlab Kya Hota Hai, eligibility, exam pattern, etc. Hope you have got answers to all your questions through this article. Still, if you have any question or suggestion, you can also ask by commenting, our Hindi help website is always available to help you.